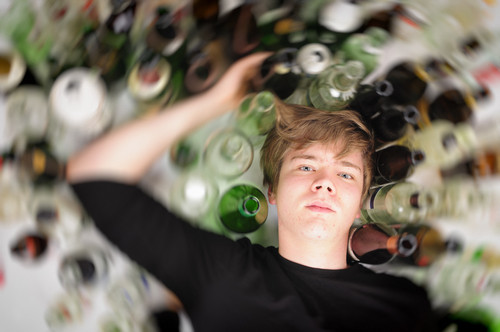 Fetal Alcohol Syndrome is the term to describe a series of medical and mental problems that arise from a mother’s drinking while pregnant.  Because alcohol can cross the fetal barrier, it can create birth defects, slow mental and physical development, and cause permanent central nervous system damage to the brain.

Among the developmental problems that follow Fetal Alcohol Syndrome are primary cognitive and functional disabilities such as poor memory, attention deficits, impulsive behavior, and poor cause and effect reasoning) as well as secondary disabilities such as a predisposition to mental health problems and drug addiction later in life.  In addition, alcohol related birth defects can include cardiac, skeletal, eye and kidney problems.

The only certain prevention for the damage caused by Fetal Alcohol Syndrome is complete abstinence during pregnancy as it has not been established how much alcohol is necessary to produce the negative effects of Fetal Alcohol Syndrome.  Despite this knowledge, roughly one third of pregnant women report drinking at some point during their pregnancy.  The life-long effects of the damage done by drinking on fetal development and future growth and learning should provide ample motivation for stopping drinking.

Though there is no treatment for the central nervous system damage that Fetal Alcohol Syndrome can include, some of the other forms of damage, particularly some of the physical symptoms can be treated.  Some of the facial deformities can be corrected through cosmetic surgeries.  The mental and emotional effects are far more lasting.  Teens who suffer from Fetal Alcohol Syndrome are fare more likely to have legal troubles and juvenile delinquency than others.  In addition they are more prone to inappropriate sexual behaviors and drug and alcohol problems of their own.

Not all therapeutic boarding schools and therapeutic residential programs for teenagers are alike! Treatments vary greatly. We can provide you with free information about the ones that would be perfect for your budget, designed to help your child with Fetal Alcohol Syndrome