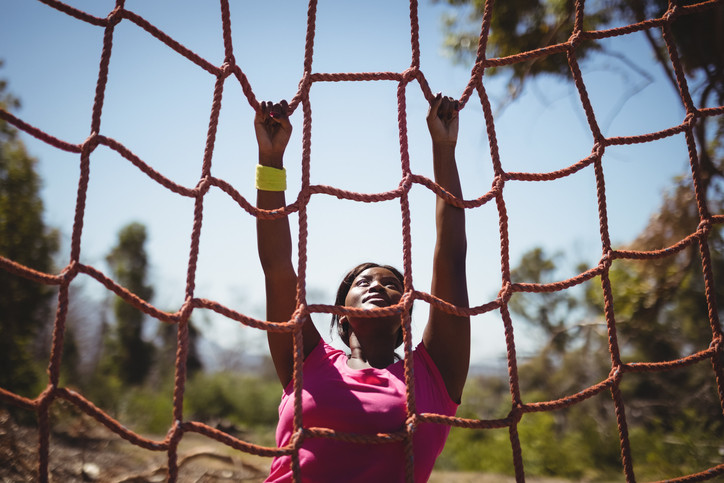 If your daughter is acting out, boot camps can be a way to get her back on track. These quick, intense programs can provide a total system shock and stop bad behavior before it really gets going.  But take care not to put an emotionally or psychologically challenged girl in a boot camp.

What exactly do boot camps for girls provide?

When most people think of boot camps, they think of the training course provided by the U.S. Military when a person signs up for duty. Boot camps for girls are very similar to these professional courses, but they are designed for defiant teenagers instead of grown adults going off to war.

What this means is that these programs are founded on the principles of discipline, structure, and physical exertion. The military has found that by emphasizing these three things, they can create men and women who are disciplined, obedient, and committed to service. The same thinking applies to teenage boot camps. Your daughter will be living communally with other likeminded teenagers. They will learn very quickly that they need to not only work together, but that they need to follow directions and obey the rules if they expect to succeed in the program.

Each day in boot camp is rigidly structured, consisting of a wake up call, physical training, cleaning, and drills. These activities are designed to eliminate defiance, break girls of their authority issues, and instill a new sense of confidence and self-discipline. They will be expected to comply entirely throughout their stay here and learn, above all, a respect for authority.

There are other cons present in a boot camp environment. For example, the overall tone of such programs is directly confrontational, which may be the opposite of what a girl needs. Drill sergeant style teaching methods are employed, which include verbal – and in some cases, physical – confrontation. In extreme situations it may constitute abuse. The very edges of limitations, emotionally and physically, are pushed in an attempt to break down the teen’s resistance to authority and force their cooperation.

Critics of boot camps regularly state the potential for backlash, causing a further disconnect and lack of respect by the teen for authority figures. It may harvest intense distrust, and even hate, for those same figures. It also endorses extreme negative reinforcement, which many experts state is an ineffective, dangerous means of working with teens already suffering from intense self esteem problems.

What are the expected results of these boot camps for girls? What should you expect when your daughter returns from one of these programs?

When you send your daughter to a boot camp, it can be hard to know what to expect. The first and most important thing to know is that the separation, while difficult, is necessary for both you and your daughter. Your whole family has probably been walking on eggshells, always anxiously awaiting your daughter’s next outburst or worrying constantly about her wellbeing. When your daughter is at boot camp, she will be safe and you can rest easy.

The main purpose of boot camps for girls is to teach your daughter the value of discipline and obedience to authority. Your daughter has probably been causing all kinds of havoc in the home and in her personal life by refusing to accept your rules, running her life according to her own program, and generally doing whatever she wants. When she comes back after a really boot camp, this attitude should be gone.  If the boot camp is not run well, she could come back with even worse attitudes and behaviors.  Be sure to check the references of any boot camp and call other parents who have had their girl there.

A successful boot camp experience will have shown your daughter that she simply cannot do whatever she wants. She will accept her place in the home as your daughter and show a new level of respect and understanding for your rules. She will humbly go about doing her chores, doing her homework, and following the rules you impose upon her.

Boot camps may have their place, but they are not a solution for every issue.  How can you know if a female boot camp program is the right fit for your daughter?

Girls boot camps are short-term programs with a very singular aim. As such, you need to make sure that your daughter is a fit for the program to which you send her. If her problems are extensive or have been going on for a very long time, she might need a higher level of care.

Boot camps for girls work best for girls who have taken adolescent defiance too far. If your daughter is coming home late, running all over your rules, or disrespecting you to your face, a boot camp is the right match for her. All teenagers go through “phases” and these periods can be trying for any family. But if it’s gone on too long or gotten too unmanageable, you may want to consider sending her to a boot camp.

Another problem which boot camps for girls can address exceptionally well is your daughter’s friend circle. As parents, you have probably always worried about who your daughter was associating with. You probably did your best to make sure her friends were good kids who had solid families and were doing well in school, but sometimes you can’t control everything. If your daughter has gotten in with the “bad” kids at school and started following in their footsteps, a boot camp can help. In some cases, it’s simply a matter of removing your daughter from a bad environment and giving her time to remember who she was raised to be. A boot camp provides exactly that kind of experience for her.

In many cases, boot camps for girls are not the right solution. If your daughter has emotional or psychological issues, you should look into placing her in a therapeutic boarding school instead.

Boot camps for girls can be a great solution for kids with a sudden onset of anger or defiance issues. They can also work wonders if your daughter has gotten into some hot water with questionable friends or bad behavior. On the other hand, boot camps for girls are absolutely not the solution if your daughter is suffering from more serious issues. If your daughter has been clinically diagnosed with behavioral disorders, is addicted to drugs or alcohol, or has significant trauma in her life, boot camps are not for her. They can even make the situation much worse.

Please note that for the safety of your child, our admissions assistance team will not recommend boot camps. Be sure your therapist or counselor recommends a boot camp before considering one.